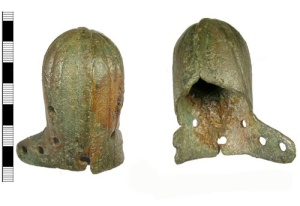 Cast copper alloy one-piece decorative saddle pommel. Most of the saddle pommel remains with only part of one wing missing. There were two wings – one at either side with rivet holes in them to attach the pommel to the saddle. There are bands of engraved linear decoration running along the length of the pommel at a diagonal from the pointed end of the pommel, where there is a protruding knob, to the engraved band crossing the width of the pommel at the opposite end, just before the rivet hole, and to the engraved border line at the base of the pommel. The pommel would have been riveted onto a wooden protrusion on the front of the frame of the saddle, to which the reins could then be secured. Saddles were wooden framed and leather clad at this time in order to support a man in full armour. Fragments of rivets (iron) and leather were found with the saddle pommel (see image). Read (1995) illustrates a similar example on p.128, No.809, which he dates to the 16th or 17th centuries. Chronology Broad period: POST MEDIEVAL Period from: MEDIEVAL Period to: POST MEDIEVAL Date from: Circa AD 1500 Date to: Circa AD 1700 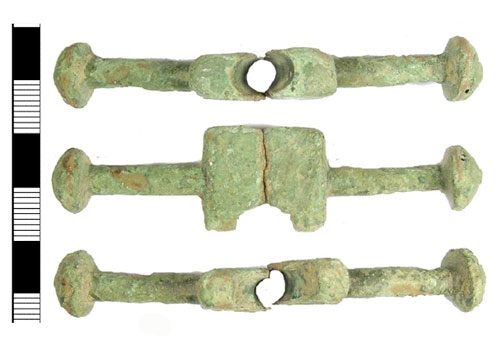 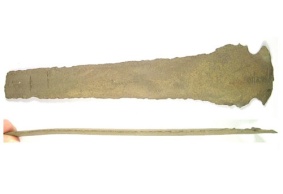 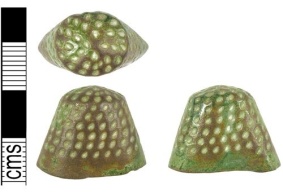 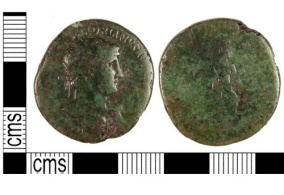 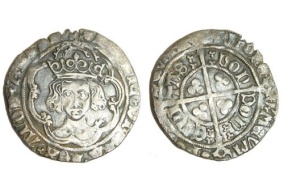 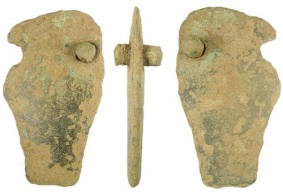 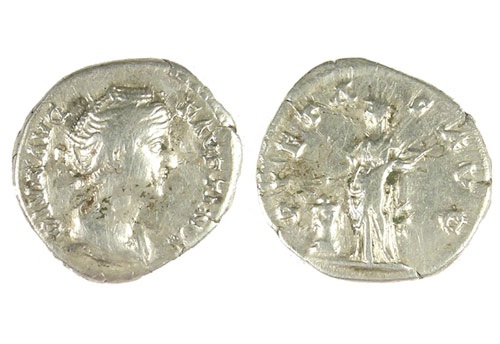 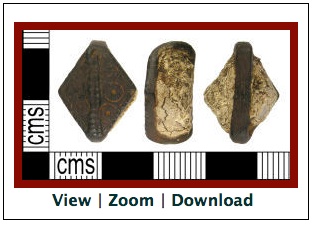 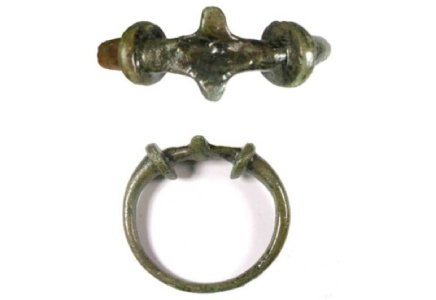 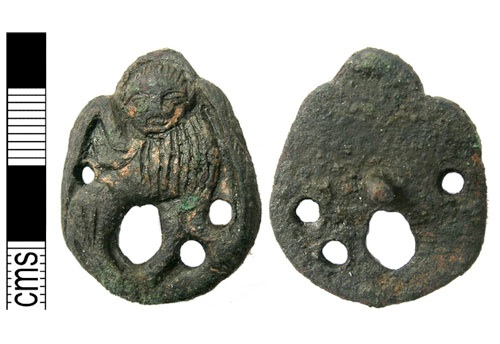 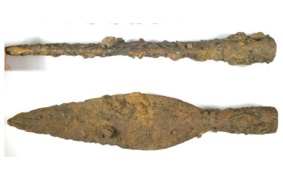 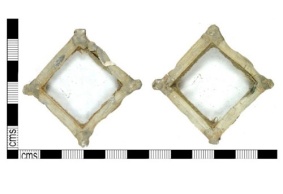 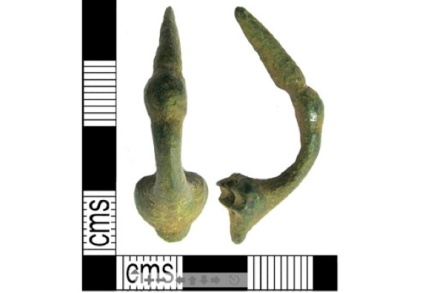 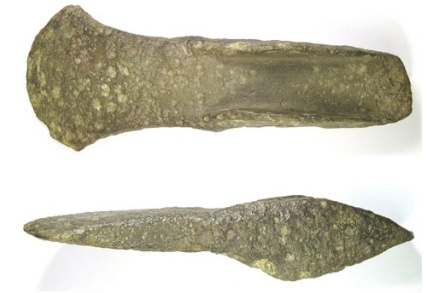 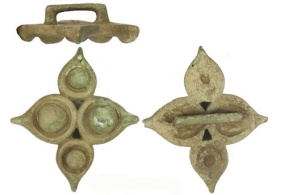 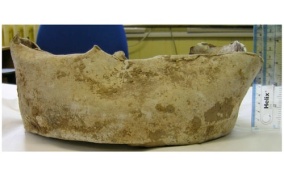 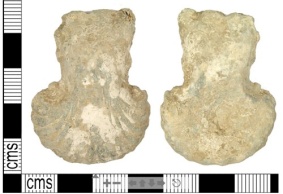 coin portrait timeline Detectorist of the year For sale general news Lost and found Romans
%d bloggers like this: